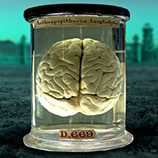 All posts by this author (2)

Jonesy Jones has been attending Burning Man since 1999. Jonesy's projects for Burning Man have included Spoon Return Center, Waffling Waystation, and participating in The BRC Dog and Gun Racing Team. He served as the San Diego Regional Contact from 2004-2005. Jonesy now resides in San Francisco, where he serves as the Artists' Advocate for the Burning Man Art Department and heads the Cafe Art Team. Jonesy has been with the Burning Man Special Events Team since 2005, serving as the layout coordinator and miscellaneous cat herder. He also publishes the weekly San Francisco Announcement regarding events in the Bay Area. Jonesy plans to write blogs regarding special local events and the people behind them.

Julian is one of the minds behind The Shroom, Black Rock City's Least Best Newspaper, and a member of Disorient. When he isn't running around the playa dressed in pornj he lives in Saigon, Vietnam and travels around SE Asia working as a writer. In addition to pranking the Burning Man community, he more than anything wants to weld together a kick ass art installation.

Kay Morrison is a Washington State girl. Born in Vancouver, WA, Kay moved to Seattle in 1995 and has been there ever since. Having no concept of what Burning Man was, she attended the event for the first time in 2000 and will be celebrating a decade of attendance in 2009. A Space Virgin for seven years, Kay more recently has hitched up with the Iron Monkeys Metal Collective and is now participating in creating scuptural steel pieces for the desert and the default world. Kay participates year-round in the Seattle Burner community as a Burning Man Regional Contact, she is also a founding member of Ignition Northwest, the Seattle Burner-based nonprofit organization which is entering its fifth year of supporting Burners, their events and their art in Seattle.

All posts by this author (0)

Kristy Evans is a senior manager in the Gate, Perimeter and Exodus Department, where she has helped manage the task of getting people in and out of BRC since 2007. The logistics of traffic, people movement, and staffing a huge department still fascinate her, and with an ever growing Black Rock City there is always more work to do. She first made the trek to the Black Rock Desert in 2003 and began volunteering in 2005 with Gate. She is a member of the Burning Man Leadership Forum and you can read the rest of her bio here.

All posts by this author (4) All posts by this author (4)

Leslie Pritchett was the first Executive Director of the Black Rock Arts Foundation. She now runs Leslie Pritchett Public Art Consulting, is a board member at The Crucible, and spearheads the Tiny House Project.

MachineGun Lily (aka Lily Rasel) works on Burning Man's Government Relations, Legal Affairs and External Relations Teams, and (because Burners are nothing if not versatile) lays out the Black Rock City plan in CAD. An accomplished fire performer, she publishes Kindle Magazine, and is currently attending UC Berkeley's Boalt Law School.

All posts by this author (3)

Madonna has been an active Burner since 2000 when Edub and Total Mess first dragged her out to the desert. Since then, she's been an intricate part of the BM community. As a photographer and one of Burning Man's original blog authors she composed stories and captured photographs that helped document the infancy and provide a visual diary of Burning Man in the early days. She created wildly popular photos and essays such as Sunny Dayz and Flambe Lounge that spread like wildfire; igniting the flame within founders, laypersons, and soon-to-be burners alike. Her photographs have been featured in the New York Times and the Burning Man website. You can check out more of here work at her site and the Building Black Rock City 2003 Blog.