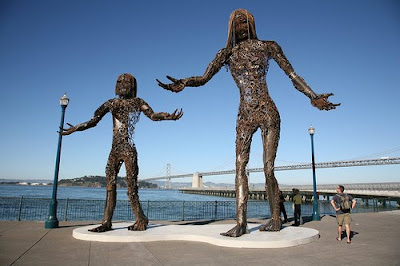 In addition to being Burning Man artists, Dan and Karen Cusolito’s Passage was part of [BRAF]’s Civic Art Program, which was installed at  Pier 14 as the first piece of temporary art in that space.

Congratulations Dan, it is always great to see art featured in the news!

Be sure and read Dan’s response to the article in the comments section, in which he credits his co-sculptor Karen Cusolito.