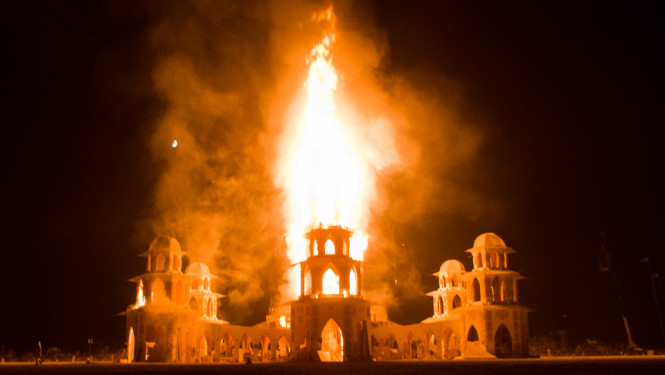 I want to talk about transitions.

About leavings, about departures, about letting go.

Because we suck at them.

I was actually warned about this before I saw it personally: four years back when I decided to step down from my role as Volunteer Coordinator for Media Mecca, a long-time staff member in the Burning Man Project reached out to me. “Let’s get lunch,” she said. “We’re really bad at handling this, and I want to talk to you about it before you find out the hard way.”

She was right (and her talking me through it really helped). Every aspect of it was harder than it needed to be. And honestly I’m still pissy about how one of the volunteers who stepped up to help was treated.

Since then issues of how to change personnel well … or even “adequately,” we’ll take “adequately” … have come up again and again. Too many people feel burnt out or burned up when they leave, and too many times it’s obvious that we have treated human beings we care deeply about in ways that do not do justice to those feelings. All too often I hear that people aren’t leaving at all, when they really want to take a break, because they’re afraid. They equate stepping away with exile.

There were three different workshops on managing transitions and succession planning at this year’s Global Leadership Conference – more than any other topic. All were well attended.

We just don’t know how to do this.

So what’s going on? Why is a culture that is overall so very good with people – with their passions, their aspirations, with their intrinsic motivation, with recognizing and inspiring their basic humanity – so bad at transitions?

One of the reasons is that transitions are increasingly difficult to address the more passions run high – and people are very passionate about Burning Man.   People experience Burning Man and their lives change, they connect more authentically with others, they pour their blood, money, sweat and tears, into art projects that they share and give away, they take community service to another level – of course people are going to care so deeply that any perceived rupture in the community is harder to just shrug off.

Another reason is that Burning Man tends to tightly entwine work and friendship into a seamless whole. Doing things, shared activities, are the basic unit of meaning in Burning Man culture – so to participate in that culture most often means working besides others as much as playing with them. If you just show up to the party, are you really part of the culture?

To step away from that work, then, risks making one a spectator and therefore raises social questions: who am I in this community if I’m not doing the thing? Will I still have a place here? How can I justify hanging around these people I love if I’m not actually lending a hand? The more you have connected your life to Burning Man communities, the deeper those questions can run.

But I think the most important reason is a basic tension that runs through Burning Man culture: that we are at once a “social capital” system and a “do-ocracy.”

Two of our Deepest Cultural Factors are in Tension

Social capital – which is far, far, more important in Burning Man culture than any other kind – is gained by connecting with other people, having exploits worth talking about around a campfire, doing things for the community, and generally showing up for people and projects.   Status and influence are therefore based on your relationships and accomplishments, and these things simply can’t be handed out or even given away. It’s about what you’ve done, and with who, rather than which title or set of credentials you’ve been handed. In a social capital system, nobody can ever replace you because your relationships and personal history are all unique.

Burning Man not only tries to recognize, but tries to celebrate, people’s uniqueness. This is the experience we strive to create, and we succeed to a significant extent. So the message many Burners get – and goddamn right they do – is that at Burning Man they are not replaceable.

But Burning Man culture isn’t just a social capital system. It’s also a do-ocracy, and in a do-ocracy everyone is replaceable. Work and authority belong to the people who do it – and so there’s almost always someone else ready and willing to step in and get the job done.

In fact, they might be doing it already. What’s to stop them? Nothing! We celebrate people who jump in and make things happen! We inspire them!

So on the one hand, when people are in the Burning Man community the message they get is that they are irreplaceable: their unique humanity, their longstanding contributions, the relationships they’ve established, all make them impossible to substitute. But when they step out (for what ever reason) they are instantly replaced.

Someone else is doing the things. “Doing” is the basic unit of meaning and connection in Burning Man culture.   So it’s easy for people to get the message that once they stop doing things, all that social capital they’d accumulated, all those relationships, all that history, no longer means anything.

This tension doesn’t just impact the person who has stepped away – it also affects the people trying to cope with her absence, and figure out how to square this circle. Even talking about transitions is often an implicit taboo, because we honestly don’t know what to do when someone we want to think of as irreplaceable has to be replaced, and we wonder what it means for us if and when we want to leave.

The hardest part is the knowledge that both of these things are equally true and essential: we can’t give either of them up. Both social capital and do-ocracy are key elements of what gives Burning Man its dynamism, its ability to intrinsically motivate, its meaning. And yet the result is that we are all both simultaneously irreplaceable and replaceable.

We are all Schrodinger’s Volunteer.

So what do we do about it?

If this tension in our culture is the problem, I think that other aspects of our culture are the solution.

All too often we focus on the nuts and bolts of a transition instead of the humanity of it, because that makes it easier to cope and to avoid having to acknowledge that a rift in our community, and a challenge to our social capital system, is being created. The nuts and bolts certainly have to be attended to, but so does this human side.

When it comes time for a transition, I think we need to remember to do at least one of three things that we always do, that we love to do. Make the transition into:

Making a unique piece of artwork about the person transitioning out and their time spent supporting the community is a way to both honor them and commit them to our collective memory. Ideally this would not be a private piece but a public piece – something that could be put in a place of honor, or even brought to the playa and displayed in a camp or out in the open. This isn’t a gold watch – it’s a fucking piece of Burning Man art. If you’re going to do it, do it right. It’s what they deserve.

And if, over time, you end up with a dozen unique pieces? Great – you’re creating a whole art ecosystem. A living project in and of itself. Sure it’s challenging, but what exactly is the problem?

Burning Man’s talking a lot about rituals this year, and I think creating rituals around transitions is a perfect example of how rituals useful and important. Not only do they focus attention, but they tell us what to pay attention to, and create clear expectations around how important events will go. They also create continuity with the past, and by establishing that continuity, connect us with the future. All too often transitions are rougher than they need to be because nobody is quite sure what to do. If we have ritual steps to follow, especially if they end in catharsis, a lot of the awkwardness and uncertainty will be taken out, and people can be added to a clear lineage of amazing people who have stepped up for our community and are still remembered and honored for it.

The more customized and specific a ritual is to the community involved, the better. This isn’t a case where Burning Man needs “a ritual” – it’s a case where volunteer teams, theme camps, staff departments, all need rituals reflecting their values, their traditions, and the things they thing should be paid attention to as changes happen.

Creating celebrations around transitions is so obvious as to be a default mode, and so I am suspicious of it. We cannot let the idea that “we’ll throw a party for so-and-so!” become an excuse for not really doing something more meaningful – which all too often I think it is. “The obligatory party” is not helpful.

But if we do celebrations right, not as a default but as a true effort, then of course celebrations fit our culture perfectly. But it’s not “a party” with chips and dip and beer and wine – it’s a celebration. Reach for it. This is something we know how to do.

These cultural approaches are, I think, all ways of honoring our cultural heroes – making sure that they have an established, recognized, legacy. And they’re all things we can start to do right now, this very moment, as the situations arise. They are vitally important.

Transitions are hard in any culture. The interplay between social capital and do-ocracy works beautifully when everyone is a community, and when people want to join, but creates tension when people go. Our problem, however, isn’t that that tension exists – it’s that we haven’t engaged with it. It is one of the few aspects of our culture that we haven’t created art for, haven’t established rituals around, haven’t pushed out into new frontiers.

The good news is that these are things we know how to do.

12 Comments on “Why Burning Man Sucks at Transitions, and What We Can Do About It”