Many have seen the Mayan Warrior mutant vehicle light up the playa night sky. Where did this contemporary symbol of Mexican history and culture come from? How is the diverse team taking the lessons from the playa to the larger world? I sat down with Pablo González Vargas, founder of the project, for a conversation about how it all started, how theme camps can activate beyond Black Rock City, and how Gifting is an integral part of our human core.

Dominique: How did Burning Man come into your life?

Pablo: My passion is [in] production, [and I had experience] organizing concerts and small parties [when I was younger] but I stopped doing that for years when I changed my [professional] industry. I didn’t have an outlet to express my passion for production and all that comes with it.

My good friend, Paolo, the lighting designer for the Mayan Warrior and also Ilumina, went to Burning Man in 2010. When he came back, he said, “Dude, you have to come to this place.” So, my first year [on playa] was 2011.

For me, the first moment I came out onto the playa that first night, I realized that it was the perfect place to contribute, to express, and to get in touch with my passion for light, sound, and community. I saw Burning Man as a giant sandbox. Kind of like the same sandbox that you played [in] when you were little. It took me one night [on playa] to start thinking about an art car. It really amazed me to see the hands-on [nature] of the work involved. I [hadn’t seen] that anywhere else; the actual artists and producers soldering and welding, and doing the hands-on mechanical work right there. It was perfect. So yeah, I started to think about what I was going to do the next year from day one.

A lot of what happens for people who come to the playa is the transition into making things for the event. Talk me through that, from that first night you were in Black Rock City to the Warrior getting on playa for the first time. What happened?

When I got home I started to see everything through the eyes of myself being a future participant the next year. I was getting all these ideas from the art pieces and art cars I had seen the year before. I came back to Mexico City, and after [about the third day home] I was looking for this super old rusty truck [that was in] a different state in Mexico. I didn’t even know what it was going to look like or anything, but that was the first step when I came back. MW just about to leave shop for the first time, 2012. credit: Papeyote

Then we had this trip with some friends that we met at the Burn from San Francisco. We invited them to Mexico City, and we took a tour of the archaeological places inside the city. We were talking about how cool it would be to have [a] giant head [on the front] of the vehicle [that you could drive from]. We started to think about something with Mexican roots, and if you remember, 2012 was the year there was this buzz going around about the end of the world according to the Mayan calendar. It was the end of time in the world as we knew it [and] the start of a new cycle. I was super excited about this concept, and we felt it was perfect to represent our culture in a modern vehicle and [for it to be] a platform for expression of new talent in our community.

Our first year on the playa was 2012 and the vehicle didn’t work well. We didn’t get it moving until Wednesday of event week. We had to make some big changes to the chassis because it was too heavy. The electrical connections were all messed up because they suffered a lot of damage on the way from Mexico City to the Burn, which is like 8,000 miles. I remember the tips of my fingers [were bleeding] because I was peeling cables with no gloves. I didn’t know you had to wear gloves. Everything felt broken, but I didn’t care about anything other than getting that thing going. The camp pulled together in the end. We had [the] common goal to make that thing work, and to contribute our gift to the playa. That was the best feeling. This sense of gratitude, I don’t know how to describe that, but you get an amazing sensation when you’re Gifting. You don’t experience that in the default world, because there is always a transaction.

Let’s go deeper on that. Can you talk to me a little bit about your personal journey with how you think about Gifting and how it has affected your life outside of Burning Man?

The experience of Gifting in this place where there are no transactions is something I believe we are wired to do, but we don’t experience in the default world. So [on playa] it [can feel] like we’re discovering a new feeling or a new dimension inside ourselves.

There are a lot of layers of beauty and magic with art. Let’s say in the default world you buy a small painting that you like. It’s the artistic expression of the painter. But once you agree on a price in that exchange, [some of] the beauty and the magic goes away because it just came down to a transaction. That’s how we experience a lot of life. We work, we do stuff, but all in an exchange for ‘something’ tangible.

In this ‘new’ feeling or experience, however, we’re just giving for the sake of it. Helping someone, giving someone water. It’s about authenticity, and it doesn’t [have] to be physical. It just has to come from an authentic place where you just want to give something to a person or to the community. This has really shaped a lot of how I see the world.

Why is it important to you and your team that the car’s theme is rooted in where you guys are from? Why does that matter?

We saw that everybody was contributing to the playa with something original and something that had to do with their background and passion. You have a lot of people from all over the world bringing a little piece from where they come from, and we didn’t see anything resembling anything from Mexico.

Tell me about the diversity of your team, and about the ways you guys are contributing back in Mexico.

Our immediate experience at the camp is enriched by the diversity of the people involved. In our case, the group is quite diverse [when it comes to] nationalities and [ethnicities], especially different [ethnic groups coming] from Mexico. Back home, historically we had white [European] immigrants who mixed with the people who lived on the land before them. So we have people who are the direct lineages of several other cultures in Mexico. As the Mayan Warrior project has grown, we also have more people from other parts of the world joining the camp and contributing their expertise. We’re happy to be working on a common platform where we can all collaborate. We see all kinds of backgrounds and worlds colliding together, and it’s beautiful.

We’ve also seen the importance of not just the [Black Rock City] element of our project, but in bringing something to our home and finding ways to engage [in Mexico]. We did work back in 2017 after an earthquake in Mexico to raise money for the relief effort. We finally have our nonprofit structure so we can raise funds for projects that support the local communities. In partnership with another local organization, we work with a foundation that gives books and reading classes to kids in Mayan communities, a group that contributes to the conservation of natural resources and cultural priorities in Quintana Roo, and a nonprofit that is creating a new sustainable ecological platform in Tulum.

We also have tried to bring local artists into our process. For example, we give these beautiful beaded bracelets as gifts on playa that are made by artists from the Huichol community. It’s a nice circle because we are able to support them [financially], and it’s another opportunity to promote [different aspects of] Mexican heritage. MW beaded bracelets by indigenous groups of Mexico and Guatemala. (Photo by Papeyote) That’s how we started to grow in the last year and a half with something other than just doing [the] Burning Man [event]. Now people get the idea of the whole cycle of the project, and the diversity of the people involved. It’s bigger than the playa. It’s gifting at the playa but it’s also gifting back to our communities. We’re trying to tie the music world in to something that has meaning.

For some people who show up to playa and see the Warrior now, it can be a little overwhelming to think, “Wow, this is on a production level that I may not be able to either afford or make happen.” But the truth is that you guys came to the event at one point without an art car, and that this project came from the imagination of multiple people and has had several iterations. What would you say to people who are coming to Black Rock City and are trying to find their inspiration, or just trying to figure out how they can contribute?

I think all of us have something to contribute. Everybody has a passion, everybody has a dream to be expressed. Just go for it. It doesn’t matter the size, it doesn’t matter the format. It could be a one-to-one thing that you gift. It could be a conversation, it could be whatever you feel your passion is or you are here to do in this world that you cannot do in the default world. [The playa is] a perfect platform to take that first step and try it.

About the author: Dominique Debucquoy-Dodley 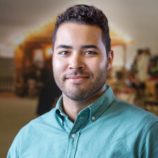 12 Comments on “Pablo González Vargas (Papeyote) on Gifting as Transformation”