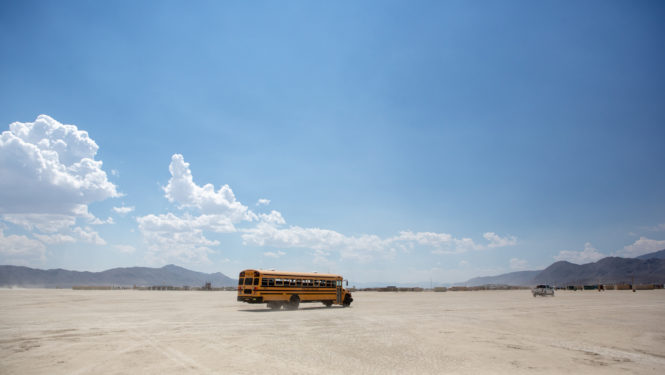 Did you know that the designer of this year’s Temple won a kindergarten drawing contest, which he says helped launch his career as an architect? Or did you know that there’s a guy who spends 12 hours a day in heavy clothing working inside a refrigerated container, so that, among other things, Burners at the Commissary can eat up to 500 pounds of bacon a day?

We learned these and other true facts when we accompanied a group of about 20 students from the Gerlach K-12 School on a behind-the-scenes tour of Black Rock City.

“We had some rough years there when the Empire mines closed,” Ranger Keeper said about the Gerlach school, where she’s going into her 11th year of teaching. Enrollment hit a low of eight several years ago, and Keeper was the teacher for all the grades. Today, though, with the Empire mines reopened, the school has a robust enrollment of 34, and Keeper coincidentally found out on the bus ride to the playa that they’ll be getting a third this year.

Keeper is a longtime Burner and longtime Ranger, and her son Connor attended his first DPW morning meeting when he was only four days old. Connor was among his classmates when they rode a big yellow school bus and visited Ranger Outpost Tokyo, the Temple of Galaxia, the Man, the Yellow Bikes shop and the Commissary.

Shelley of Spectrum Services let them visit the man in the refrigerated container, whose name is Mikey and who, a source told us, only comes out of the box two or three times a day. “He’s very happy in his job,” the source said.

Shelley also gave the kids snacks, drinks and ice cream, which the kids said is always one of the highlights of the tour. Wait, they knew there was going to be ice cream? “Yeah, but you probably don’t have any money for ice cream,” one of the boys said to us. “Well, you don’t need money in Black Rock City,” we answered, “because everything is free, everything is a gift.”

“So I could take, like, 50?” the boy asked. We weren’t sure about that, but we thought it might be ok to take an extra one for a friend.

At the Yellow Bikes shop, Kriss Krass boosted MaKenzie onto a custom high-rise bike that he had made, a bike that the boys were initially reluctant to ride. “No, I’m good,” one of the teens in the back said when Kriss asked if he wanted to ride. Let the record show, though, that he indeed did make a successful ride once he had secured an ok from his dad to give it a go.

At the Man base, the troupe blithely ignored the efforts of a ground crew that used a crane to fly a section of wall into place. Instead, Opa had grabbed their attention by giving them a sneak peak at the lighted robots that will encircle the Man this year. (We also learned, parenthetically, that build lead Goatt was the valedictorian of several of his classes.)

And at the Temple, architect Arthur Mamou-Mani told them that he was lucky to have found his calling early in life, not long after the kindergarten drawing contest.

“This is really special,” Mamou-Mani told the kids, “because architects don’t usually get to build what they design. It usually goes to engineers and builders, and they build it. But here, we get to do everything.”

Then he invited the kids to write inscriptions on the Temple wood, much the same way Burners will in the coming weeks, before Galaxia goes up in smoke on the Sunday before Labor Day.

There were also two visiting teachers from Reno on the tour, teachers who visit the Gerlach school during the year, but who have never have visited Burning Man. Would they like to attend now?

Which is why there ought to be a federal law that forbids summer vacation from ending before the Wednesday after Labor Day, as the good lord intended.

Here are some more pics from the class trip to Black Rock City: Ice cream is always a highlight 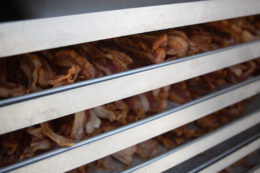 Where the bacon lives 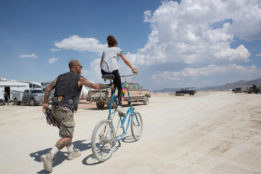 MaKenzie did a great job on the tall bike 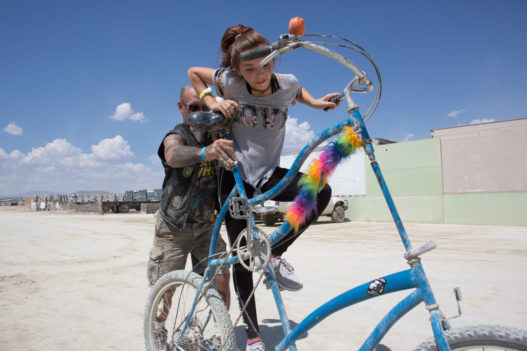 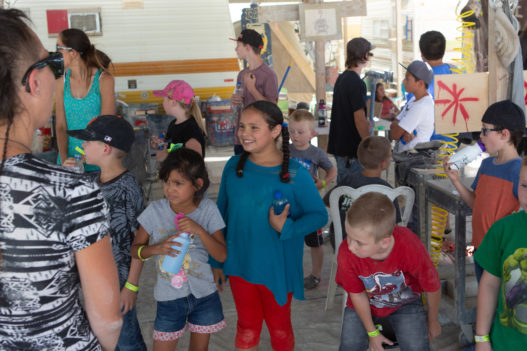 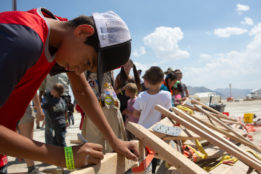