Each year, we look towards the desert and imagine what our annual journey there will hold. The inevitability of not knowing what will happen during our time at Black Rock City is matched only by the certainty of one thing: the Man will burn.

On playa, our time together orbits around the rise and fall of the Man: the construction, experience, release, and celebration of our city’s central ritual. Over time so many other rituals and processes have evolved, including our Temple, our core teams and how they function. The ways in which we congregate and live together have also changed, and grown. One thing stays constant: the Man will burn.

So, when we contemplate the structure that will support the Man, we do so with a sense of responsibility and a desire to create a meaningful experience for the community and their journey to the desert. It is our creative contribution to the art on the playa, and we care deeply about the end result.

Over the many years that Burning Man founder Larry Harvey explored the central constellation of the Man, its base, and the theme, we’ve enjoyed flights of fancy, interactive workshops, Regional effigies, and grand spaces. We now find ourselves in a new world where his spirit lives on, and we seek to find our new voice through collaboration.

Some of this collaboration involves long-term established relationships with the Man Base crew. Other approaches include inviting artists to make contributions, such as David Best’s centerpiece at Golden Spike last year and the Civic Design Plazas by Benjamin Rowe, Kelly Smith Cassidy and Man Base crew, which we will repeat this year. “Man Pavilion Cafes” by the Man Base Crew (Photo by Shing) “Circle of Life” by David Best (Photo by Shing)

For the second year in a row, we invited a few artists and architects to share their visions and offer us a sketch as a point of departure for our construction of the Man base in Black Rock City 2020.

Those we invited are all incredible creators and contributors. We are grateful they agreed to share their thoughts and sketches with us, and to release them into the hands of the Man crew, with direction from the Art & Civic Engagement team. This generosity gives us a range of voices and interpretations of the annual theme, which is The Multiverse this year.

We are pleased to now share these artists’ ideas and inspirations with you, along with our ultimate choice for the 2020 Man base. Michael Christian’s Doors to the Multiverse celebrates the multitude of realities that exist within the unified experience of what we call Burning Man. Zachary Coffin and Marisha Farnsworth proposed an environmentally conscious piece made of Beetle Kill lumber surrounding a movable, suspended boulder that activates a gimbal that, in turn, shifts the Man atop his Pavilion. Sky Edge’s The Man Among the Multiverse can be viewed as an incomplete unit cell of an Iron crystal, with the man standing tall among the remaining atoms, or, more simply — a man standing atop, among, and within the multiverse. Nick Guerts and Ryan Elmendorf’s Gravity Bowl seeks to generate a surreal physical and emotional experience by creating a space where the rules of physics work slightly differently and our own basic assumptions of reality are challenged. Bree Hylkema envisions the Man atop a sun-shaped, highly stylized Pavilion with internal spaces for reflection and interactive experiences. David Normal pays tribute to the Man with the Hat surrounded by a mechanized lotus flower. Josh Zubkoff plays with the notion of the Man’s image reflected below him — in a mirror? Or not? You’ll have to get closer to determine that for yourself. Kate Greenberg envisions the Pavilion as the intersection of five bubble universes. She says:

“A multiverse may be the coexistence of multiple universes separated by space, time, or dimension. We may exist in one, some, or all of these simultaneously; however, we continue to find ourselves at the center of that which we call our general reality. When we look beyond what we know about this reality, perhaps to find something larger than ourselves, we can’t help but also seek to find humanity in the vastness of this expanding all.

As a concept for the 2020 Man Pavilion, this wood structure represents five bubble universes held in suspended animation at the center of the Burning Man Multiverse. Four entry portals form connections like cosmic wormholes, and reveal the interstitial Space that is holding all possible futures and realities in quantum constellation.

The fifth cardinal direction connects to the Man. Through this portal, a mirrored man reaches down. Looking up, you are mirrored back.

In this Multiverse, YOU are the Man. The Man is YOU.

You are the true centrifuge for your experience, and your energy has the power to expand this universe as you know it.” We are incredibly grateful to all the artists who contributed their ideas to this process. Our choice was arrived at with much thoughtful consideration. One can only imagine a Multiverse in which all the designs are built!! 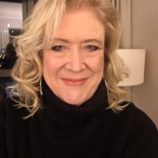 45 Comments on “Announcing the Multiverse Man Base!”