Black Rock City changes every year and most of us find ourselves planning how we want to show up in its next iteration – from our personal experiences to our camps to Burning Man departments and our city as a whole. We are collectively fine-tuning our beautiful experiment in community. Without a city to build this year and in the wake of the Black Lives Matter movement, Burning Man Project staff has spent time focusing on Radical Inclusion and how our city can be more diverse and equitable the next time we gather together. This isn’t a political stand, but an expression of our Principle of Radical Inclusion in this important moment in time.

A group of us started thinking deeply about racial diversity through the BRC Cultural Direction Setting (CDS) project – a two-year process that began in 2018 to define the culture we wished to see in the next five to 10 years. For those following along, we began implementing many of the resulting recommendations made by community workgroups, but the cancellation of BRC 2020 stopped us short of full implementation. This piece will share some of the lessons that we’ve learned and applied to improve diversity within BRC as a result of CDS.

While CDS began as a way to address convenience camping and commodification of Burner culture, we could not ignore the importance of racial diversity and inclusion as a key facet of culture. CDS was the deepest engagement Burning Man Project has ever had across Black Rock City’s future, with over 4,800 surveys and 1,500 online comments analyzed, 65 interviews with community leaders, and 20 community conversations worldwide. We received a significant set of responses that noted shifting culture in BRC meant shifting demographics, too. Some selected quotes from the CDS survey include:

CDS created a unique opportunity for vision setting and policy change, particularly within BRC’s Placement Process, and the facilitators (Victoria Mitchell a.k.a. Trippi, Simone Torrey, and I) maintained an equity and inclusion lens throughout the process. The strategies we used to infuse diversity and equity in CDS can be replicated across other parts of Burning Man’s communities as we all work more deeply and intentionally to address systemic racism. Here’s what we did with an equity and inclusion lens:

About the author: Bryant Tan 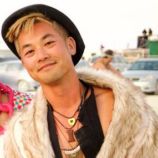 Level, Burning Man Project's Placement Manager, started burning in 2009 and joined the Placement Team in 2014 after several years as a theme camp lead for Dilated Peoples Eye Spa. The Placement Team is a vibrant volunteer crew responsible for reviewing, mapping, flagging, and placing theme camps and other groups in Black Rock City. Prior to joining Burning Man Project's year-round staff, he worked for the City and County of San Francisco. He also worked for several community-based organizations in youth and community development, transportation planning, affordable housing development, program design and evaluation, public finance, and Asian Pacific Islander and LGBTQ communities. In his free time, Level enjoys playing Sim City and Tetris, doing anti-oppression work, hiking around the Bay Area, and serves as an Urban Planning Representative on the SF Entertainment Commission. He holds a Masters in City Planning from the Massachusetts Institute of Technology and received his B.A. in Ethnic Studies from UCLA.