Tales from the Playa
October 12, 2022 By Roxane Jessi
5 comments

Roxane Jessi is an intrepid world traveler who spent the last few years participating in Burning Man Regional Events around the globe, from Blazing Swan and Burning Japan to Fuego Austral and Midburn — an odyssey chronicled in her soon-to-be-released book, Once Upon a Time in the Dust. This is her report from Black Rock City 2022.

Holding hands with my sister and playa family while the Man burst into flames, the dancing fire reflected in our eyes, having lived an unforgettable week of fun and adventures. This was the ending I was expecting after three years off playa during which I sorely missed our Home and poured my heart into writing a book on Burns around the world. I couldn’t have imagined that I would be leaving my 16th Burn (and sixth Black Rock City) mid-week in the midst of a tragedy.

Some think of Burning Man as a non-stop celebration. Post-event Instagram feeds are crammed with perfect shots, beaming happy faces and gorgeous art backlit by glorious sunsets. But beneath all that joy are the invisible stories of exhausted bodies and minds, broken hearts, failed projects and connections, and past and present grief being processed — the underbelly of an 80,000-strong city living the whole gamut of human emotions. And in this space of hardship the real beating heart of the community shines through.

The buildup to the event is always intense. The final weeks — and indeed months — are spent in a whirlwind of preparation planning the camps, art projects and offerings that will be gifted. After years without flexing our Burner muscle, it had inevitably atrophied. Some camps found their supplies had broken in storage, and soaring material and transport costs put a strain on most builds. My own art project could not materialize. Even the Temple had to make a last-minute plea for crowdfunding. We collectively felt the pinch. On a human level, the experience of social isolation meant we were out of practice with large gatherings.

I arrived at Black Rock City for Build Week after a three-day odyssey from Europe. The dust was already blowing up a storm. The queue to Gate stretched for six hours. I eventually landed on the moon — equal parts exhausted, jet-lagged, and exhilarated. The playa streets were mostly unmarked, but the Man stood tall, beaming brightly — the compass to our new city, abuzz with activity like a beehive. I finally found my camp location, but instead of being met with the hugs of my campmates, I landed on a virgin patch of playa. Issues with the storage container in Reno meant they arrived almost 48 hours late.

What followed was a grueling few days, building against the clock in punishing dust and heat. Cycling through playa, many camps were also struggling. Those setting up art pieces in deep playa worked through the day like dust-caked zombies. We all took advantage of the cooler nights to build till dawn. Still, spirits were high. We checked in with neighboring camps, shared belly laughs, advice and tools, and lent a hand to short-manned teams. The bonds that bind us so tightly together are forged through the early days of dusty sweat and tears.

Slowly but surely the blank playa canvas came to life, splashed with its characteristic outpouring of color, eccentricity, and creativity. The whirr of power tools was replaced by megaphones beckoning (and heckling) passers-by to newly opened bars; trucks and cranes made way for the fleet of out-of-this-world art cars crisscrossing the playa; and dusty work attire was banished to the bottom of suitcases for exuberant costumes. A whole delicious world of waking dreams sprung up before our eyes. With build approaching completion, I prepared to relax into the Burn. Three of my favorite humans were due to arrive the next day and I could barely contain my excitement.

Hours before their bus rolled in, one of my campmates relayed the devastating news that would cut my Burn short. A family member had had an accident back home and was in critical condition. When default collides with the dust, it blows you sideways. Dazed, I took off into deep playa to collect my thoughts, before cycling as fast as I could to meet my friends at the bus depot. There I waited as upward of 20 buses unloaded, churning up thick clouds of loose powder, before their bus finally pulled in two hours later. The next day was spent anxiously awaiting an update. Poignantly, on Temple opening night, as I was attending my Temple Guardian training, my family member passed.

Through the tough times, the strength of the community emerged. What I experienced in these trying days was matched by an outpouring of love and support. When I landed for build on the empty stretch of playa, my ride helped me set up in the middle of the night. I was quickly adopted by what became my interim playa family in a nearby camp. When we struggled to hoist up our shade in the Sahara-like wind, 20 extra hands appeared to raise it up. When my bike gears buckled from the dust, I barely walked one street before happening upon a repair camp that brought my bike back to life.

A neighbor drove me to the dust-blasted bus depot to help me find my family. When rocked by grief while I was caught in a white-out in the Temple, Temple Guardians made sure I sat it out. When we planned to leave by bus, Rangers drove us to BRC Airport to check flights to Oakland. After we shared our story, Airport volunteers got us on the next morning flight, gifting us an extra night on playa. Returning to the city, a Burner saw we were dehydrated and ordered us to sit down, feeding us rehydration tablets and salty snacks until she deemed it safe for us to cycle off.

Back at camp someone graciously covered our shifts, and we boarded a crystal-topped art car for a last sunset art tour. The playa was magnificent, aglow with the last smoldering rays of light that ignited the towering structures pink and gold. During the tour, the artists came on board to share the message behind their art.

At this difficult time, one piece stood out: a small child “Facing the Fearbeast,” imploring us to be brave during moments of adversity. It was a piece that spoke to so many. Since writing this post, its maker Tigre Mashaal-Lively tragically took their own life, a poignant reminder of the deep-rooted struggles we all face, at times so great that they overwhelm us. Let us be kind to each other, for who knows what fearful darkness others may be passing through. That night we stayed up until sunrise savoring every last drop of playa magic. As we said our goodbyes with heavy hearts, a campmate offered to put a message of remembrance in the Temple for us. A simple gesture but one that meant so much.

Beyond the sunrise DJ sets and Instagram-worthy beauty of the art and people, the real Burner culture shines through in times of adversity. When the shit hits the fan, we rally together. From the Rangers, Temple Guardians, Zendo, Burners Without Borders, to random acts of kindness, the city is underpinned by Communal Effort and Civic Responsibility.

From build through strike and beyond; while the city comes together yearly, it never fully comes apart. The culture extends around the world in its Regional Network, living on in the hearts of those touched by its beauty. It kept many of us afloat during the pandemic when we couldn’t commune. This is what makes it so unique — what makes us a global family.

While the Burn was marked by awesome moments of celebratory magic, this year was tough for many. Entrance and Exodus were long. We struggled to find our playa feet during build. The heat was at times intense and the dust epic, as if mirroring the global storm of emotions we had collectively lived through since we last gathered. But the punishing conditions challenged us all to find our inner strength. And only when we are challenged do we truly test what we are made of.

In the words of author Haruki Murakami, “Once the storm is over, you won’t remember how you made it through, how you managed to survive… But one thing is certain. When you come out of the storm, you won’t be the same person who walked in. That’s what this storm’s all about.”

As we boarded the small plane, the dust rose and blanketed the playa behind us, the storm gathering strength and turning biblical by the end of the week. We weather the seasons of life together, its cycles both beautiful and painful. Those who have departed remind us to celebrate it all the more intensely. As I opened my bag with dust-cracked hands, a sticker I’d been gifted fell out with trademark Burner irony, as if on cue: “Fuck Your Burn 2022.” Perhaps next year was better, but I won’t forget the love and support I experienced during my most intense Burn yet.

About the author: Roxane Jessi 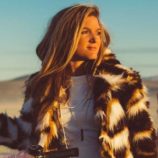 Roxane Jessi is an aid worker and roving Burner who has participated in more than a dozen different Burns around the globe. She is currently publishing a book with Burning Man Publishing based on her explorations at Regional Burns.

5 Comments on “Black Rock City in a Maelstrom”